Apart from the disastrous impact of these temperatures on the marine ecosystem, we must ask ourselves whether this will mean an autumn of heavy rainfall and flooding. 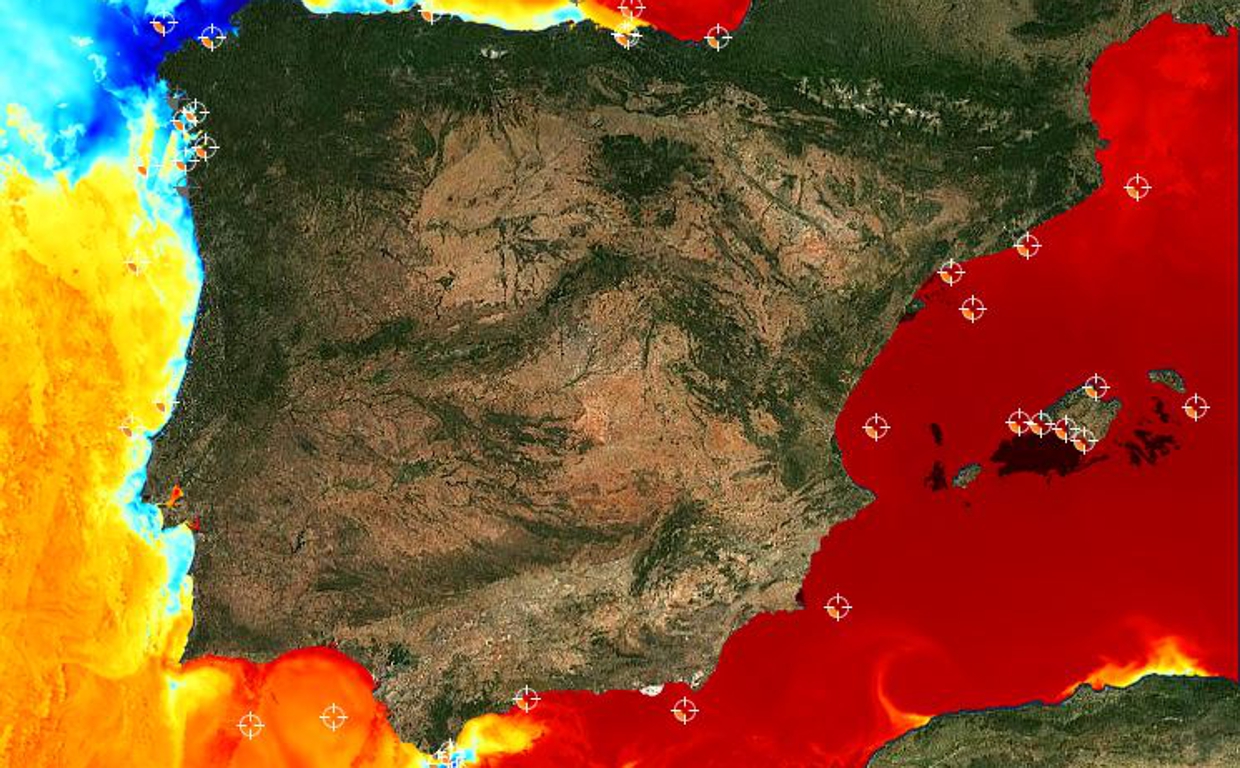 This summer we are surprised by how warm the Mediterranean Sea is, especially the central and western areas, i.e. our Mediterranean side. This is not the first time this has happened, but it is consistent with the warming trend that all analyses show. Many climate projection studies point to a further deepening of this warming.

We can observe extremely anomalous temperatures of up to 30 ºC (5 ºC above average in July) at some points, with averages of up to 3 ºC above normal on our Mediterranean slope.

For example, Barcelona is experiencing sea surface temperatures of around 26-27ºC, which is even higher than typical late summer temperatures. Apart from the disastrous impact of these temperatures on the marine ecosystem, in the form of a marine heat wave, we must ask ourselves whether this is going to mean an autumn with a lot of torrential rains that could cause a high impact.

The truth is that it doesn't have to. This is because warm sea temperatures do not directly cause heavy rainfall. What they do is to make them more intense or explosive once there is a favourable atmospheric situation for them to occur.

It is the atmosphere that causes the rainfall, while the sea can make it more extreme. This is typically the case with the arrival of a DANA (Isolated High Level Depression), traditionally known as a cold drop, which can sometimes generate very large and intense storms, and which can be better fed by all the heat and vapour released by the Mediterranean.

Sea temperatures will also need to be watched, as they may cool if current atmospheric conditions change, although it is true that August is predicted to be warmer than normal. Attention should also be paid to the possibility of a tropical cyclone developing in the Mediterranean, capable of being sustained by these sea temperatures. Some studies are already pointing to this.