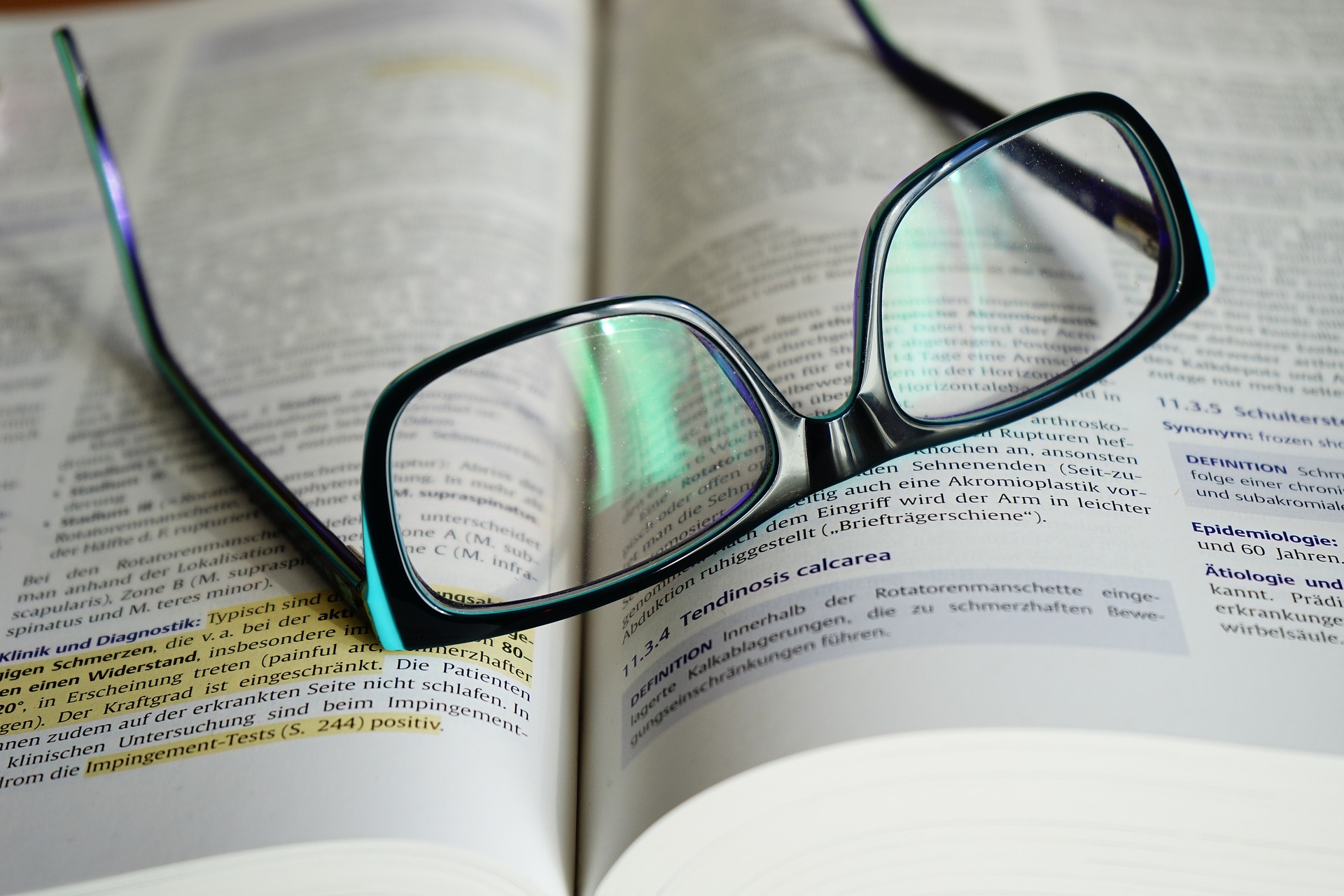 Researcher at the Laboratory of Experimental Ophthalmology, Faculty of Medicine, University of Navarra

This large study, with more than 340,000 sequenced samples, is a very well conducted analysis of the interaction of genomics and environment in such an important and prevalent disease as myopia. Many studies have been carried out, especially in Asia where childhood myopia shows alarming figures (80%), in which many genes involved in the possible development of this disease have been determined. Similarly, many other studies have shown the importance of changing habits that have led to an imbalance of time spent in outdoor activities and time spent in close-up activities.

This study, through the analysis of the genome-wide association study (GWAS), shows five genetic variants that confer a progressively higher risk of myopia in people who spent more years in education and, therefore, more time in near activities. The paper, which is very well organised and presented, delves in a very simple way into the interaction of the participants' level of education with myopia. In a first phase of participants (88,000) diagnosed with their dioptres, 25 genes were obtained with a certain association depending on whether or not they had a university education. These same genes were analysed in a second phase of patients without dioptres but knowing their years of wearing glasses (252,000) to confirm the association of the gene variants (risk alleles) and obtained a very high significance in five of them (GJD2, RBFOX1, LAMA2, KCNQ5 and LRRC4C). Three of the variants found were novel and the other two had already been observed in the Asian population.

This work is a confirmation of the results that have been observed recently regarding the importance of genetic interaction with the environment in the silent pandemic that is currently myopia. The prevalence of this disease, especially in children, had already been a serious problem in Asia for a few decades, but it is now affecting the world as a whole, and genetic inheritance alone as a risk factor could not account for the dramatic increase in recent years. It was clear that environmental and lifestyle factors (above all in the imbalance between outdoor/close-up work) were also acting in a very powerful way and the fact that they have found, in addition in the Caucasian population, this interaction of several genes that enhance the elongation of the eye due to long periods of study is a great advance.

Having this knowledge must be useful for those people who present these genetic variants to monitor the progression of their myopia more exhaustively during their studies. It also helps them to take breaks during their studies into account - the '20206' rule: every 20 minutes of close-up activity, 20 seconds of rest looking at more than 6 metres - and to combine these with plenty of outdoor activities.

The study is well-designed and assumes a very large number of individuals, both in phase 1 and phase 2. It is true that the number of individuals in phase 1 is three times smaller than in phase 2 and the latter do not have the measured graduation that could present a certain imbalance, but the analyses carried out have already taken these limitations into account and the results are very robust.

The publication is well thought out globally and the results are very relevant in the field of visual hygiene in the population.

The results must always be seen globally and it must be clear in which populations they have been carried out, but there are a large number of publications and studies that demonstrate the relationship between myopia, genetic load and the reduction of outdoor activities.

In conclusion, it is important to emphasise that the increase in myopia is associated with genetic and environmental factors, where it is essential that leisure time should be spent outdoors and the use of screens should be limited.

Professor of Ophthalmology at the University of Murcia

This relationship between near work, genetic load and myopia is not new. We have old scientific studies, with questionable methodologies, but which concluded that children who work a lot at close range develop more myopia. In the 17th century the astophysicist Kepler already published it.

Ware in 1813 observed that only 12 out of 10,000 recruits from rural backgrounds with a low level of education were rejected from the army because they were short-sighted and that, in contrast, at Oxford University, 32 out of 127 students were short-sighted.

A classic in myopia forums is an Israeli paper showing that orthodox boys, who receive a very strict religious upbringing, develop much more myopia than other boys and girls.

An analysis that can be considered a precedent to the work we are now assessing analysed genetic and environmental risk together and showed that, in genetically predisposed children, accommodative effort generates more myopia than in children who are not genetically predisposed. In this and many other studies of the time, genetic predisposition was considered as a function of whether neither, one or both parents were myopic.

Can we now know which genetic variants, together with visual strain, cause myopia? That is the question that the work we are now assessing aims to answer. (We are conducting a thesis to obtain myopia SNPs from a saliva drop, in which we need pairs of siblings: one with myopia and one emmetropic).

In 2015, an analysis was published which shows that the time spent reading has little influence on the development of myopia in the general population. In contrast, when people with the RS 188 663 068 variant are analysed, there is a big difference between those who read very little, who hardly develop myopia, and those who spend a lot of time reading, who do develop much more myopia.

The work we are now analysing goes a step further, and tries to find other genetic mutations or SNPs [single nucleotide polymorphisms] involved in the fact that near vision work is a determining factor in the development of myopia in some people and not in others.

Of note from the results is that they find five variants involved in the interactions between gene load and education. Two of these variants are already known, and the biological mechanism through which they might influence eyeball growth has even been studied, and three others are contributions made in the present work.

Overall, this is a good paper published in a journal with a high impact index, which uses a huge sample and employs procedures that can be considered standard for this type of work. Unfortunately, in this UK database not all the subjects analysed had a refraction, and the variable of spectacle prescription between 5 and 25 years of age is introduced to consider who is myopic. This can be considered a weakness.

The importance of finding out which SNPs generate myopia in certain environments lies in the fact that it would later be possible to investigate how to carry out reading and with what aids so that it does not generate the effort, the environmental factor that triggers the growth of the eye.

This is a very interesting study from a scientific point of view, published in a journal with a moderate impact factor. The article presents the identification of 5 genetic variants (GJD2, RBFOX1, LAMA2, KCNQ5 and LRRC4C) that interact with educational level, giving patients with myopia a high susceptibility to develop myopia. For all 5 variants, university level education was associated with a greater effect of the risk allele.

It is of vital importance to understand the genetics of myopia, given the importance of severe ocular pathology in high myopes, such as glaucoma, rhegmatogenous retinal detachment or myopic maculopathy, which cause significant ocular comorbidity.

This study confirms the interaction between genetics and environmental factors as a propensity for the development of myopia in certain populations. It is important to know these genetic variants and then extrapolate the data to other populations, such as the Spanish population, in order to carry out interventions and be able to slow the progression of myopia in susceptible individuals. 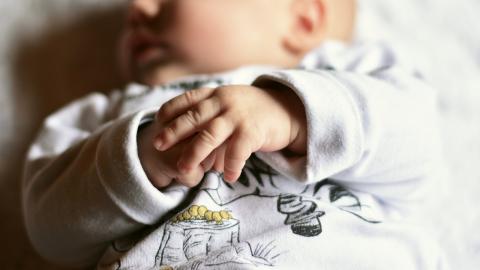 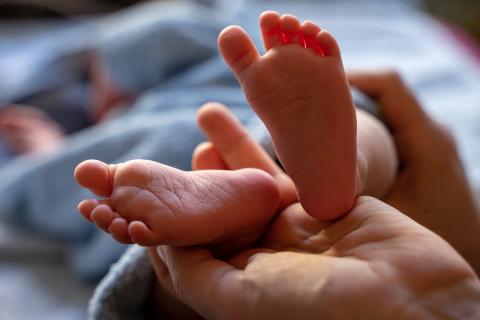 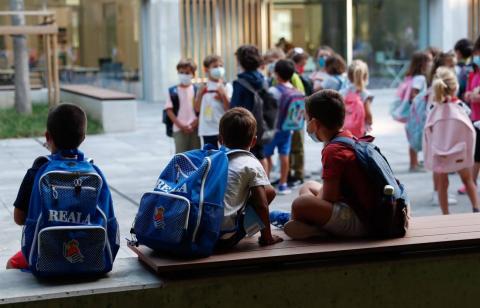