Reactions to Catalonia's proposal to ban smoking on bar terraces

In an interview on TV3's Els Matins, the Catalan government's health minister Josep Maria Argimon explained that they are preparing a regulation to ban smoking on bar terraces and make them "smoke-free spaces". They are also considering adding canopies and the entrances and exits of schools to the ban.

A sarbecovirus distantly related to SARS-CoV-2 and found in horseshoe bats in Russia is able to enter human cells using the ACE2 receptor, according to research published in PLOS Pathogens.

Reactions to planting trees in drylands to fight climate change

A study published in Science analyses the potential climate benefits of afforestation - both planting trees to create new forests and reforesting old ones - of the world's drylands. The authors show that the cooling effect of afforestation of this vast area would only amount to a decrease of about 1 % of projected greenhouse gas emissions in the business-as-usual and medium-emissions climate scenarios.

Reaction to clinical trial testing treatment for a form of ALS 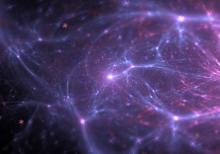 The New England Journal of Medicine reports the publication of data from a clinical trial studying the drug Tofersen against a form of Amyotrophic Lateral Sclerosis (ALS) caused by mutations in the SOD1 gene, which accounts for 2% of sporadic ALS. Six months after treatment, some biomarkers of neuronal damage improved, but not the clinical condition of the patients. In an extension of the study, with no placebo group, a slowing of functional loss was observed, although the researchers acknowledge that there are limitations in interpreting this result. 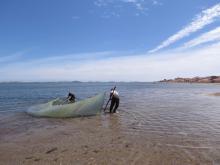 The Plenary of the Senate has approved this afternoon the Proposition of Law for the recognition of legal personality to the Mar Menor lagoon and its basin. The law, which was approved in Congress last July, comes from a Popular Legislative Initiative signed by more than 600,000 people.

Researchers have analysed the presence of perfluoroalkyl and polyfluoroalkyl substances (PFASs) in 72 textile products purchased online in the US and Canada in 2020 and 2021. The results, published in the journal Environmental Science and Technology Letters, show high concentrations in school uniforms and higher concentrations in 100 % cotton as opposed to synthetics.

Should I be re-vaccinated against covid-19?

vaccines
Should I be re-vaccinated against covid-19?
SMC Spain

The new tailored doses against Omicron have arrived just in time for the upcoming autumn and winter wave. Although we do not know which variant will circulate in the coming months, these vaccines are safe and will help reduce transmission in what could be difficult months from a care pressure point of view.

International research on more than 3,000 tree and shrub species in 164 cities -including Barcelona, Valencia and Santa Cruz de Tenerife- reveals that up to two-thirds of urban tree species may already be experiencing climatic conditions that exceed their potential climate tolerance. The study is published in Nature Climate Change.

Research published in Science proposes that an ancient moon of Saturn, which they have named Chrysalis (Chrysalis), may be responsible for Saturn's distinctive rings. According to the authors, the moon orbited around the gas giant for billions of years, but about 160 million years ago, it became unstable and moved too close to the planet, breaking apart under Saturn's tidal forces and forming the planet's rings. According to the research, Saturn's current tilt may also be related to the destruction of this moon.