On 18 May, the Ministry of Health confirmed to SMC Spain that eight suspected cases "clinically compatible" with monkeypox had been detected. The same afternoon, the Consejería de Sanidad de la Comunidad de Madrid reported that it had detected 23 possible cases of infection. These cases need to be confirmed after testing. At least 7 cases have been confirmed in the UK and Portugal. This is a rare zoonotic viral disease and there is no vaccine or specific treatment available. Treatment is symptomatic and supportive. Most cases are resolved favourably. 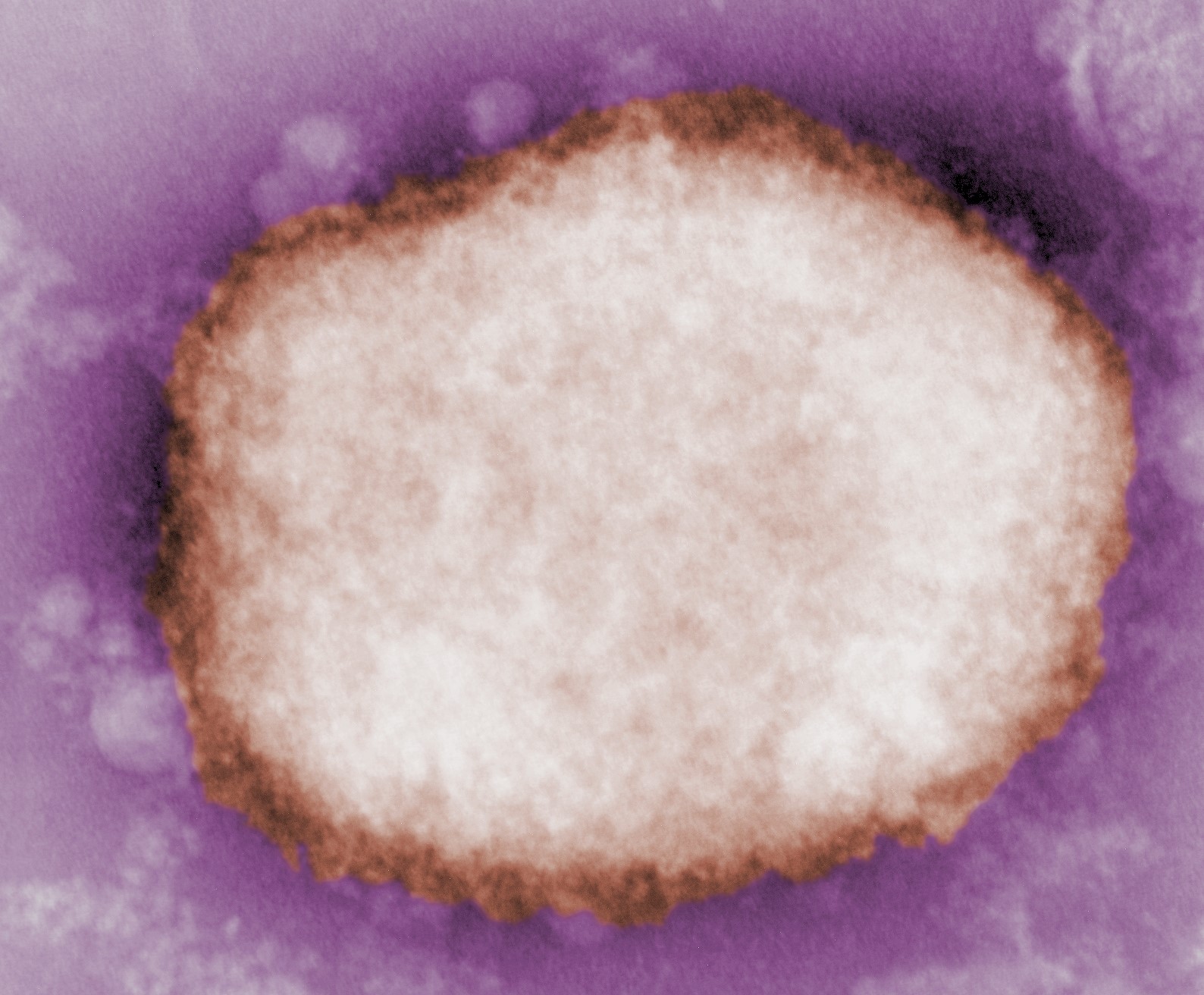 Monkeypox is a rare zoonotic disease that is usually very rarely transmitted from apes to humans. In humans it generally has a low transmission rate and outbreaks that have occurred in the past have had no more than second generation transmission. In recent cases, third and fourth generations have been detected, so we need to keep an eye on how they evolve in order to draw more solid conclusions. Monkeypox is unlikely to cause significant transmission, but vigilance is needed, hence the health alert.

It should be noted that most cases are resolved favourably, which is also the case for the cases detected in recent days.

Is there a case for re-vaccinating everyone against smallpox?

We will have to wait and see how the cases and possible outbreaks evolve, but as it is a rare disease with no high transmission rate outside the African continent, it is too early to take prophylactic measures related to vaccination.

It is important to mention that it is time to think that the uncontrolled development of our societies must be more equitable. This is not the first zoonotic pathogen to send us a warning (the current pandemic has given us a very harsh warning), and it is important to help in the territories where these pathogens are found, improving prophylactic measures, seeking vaccines and effective treatments and avoiding events such as deforestation, which allow the reservoirs of these viruses to come into contact with human populations and the transmission and dispersion of this type of pathogens. We are our own worst enemies and we will pay dearly if we continue on the same path.

No declaration of conflict of interest
EN

Virologist at the National Center for Biotechnology (CNB-CSIC)

Monkeypox was first identified in humans in 1970. In 1980, smallpox was declared eradicated in humans. A virus distinct from the smallpox virus, but closely related, of the same genus orthopoxvirus, had already been observed to be present in Central and West Africa.

There are sporadic cases, mostly in Africa, in hundreds of people every year. Sporadic cases have occurred several times in the USA and the UK, and are now appearing in other countries such as Spain.

If the virus is the Congo virus, it can cause a 10% mortality rate in infected people. It is more lethal than the West African virus, which has a lethality rate of 1%.

The concern would be greater if we had nothing to defend ourselves with, but we do have something to defend ourselves with. In the WHO, of which I am a member of the advisory committee, we meet every year to look at monkeypox cases and the possibility of the risk of human smallpox cases in the event of bioterrorism. We have two WHO-approved centres for human smallpox: one is in Russia and one is in Atlanta. What we do in this committee is to assess what research needs to be done with the smallpox virus to better protect us in case something might happen.

The defence procedures against human smallpox virus are the same as those against monkeypox because the disease is very similar in terms of the spread of the virus, the infection via the oropharyngeal, nasal route, in humans. Then the virus goes through the lymphatic system to different organs: spleen, liver, kidneys... it infects most of the organism, then it goes back again to the blood and manifests itself in the external parts of the skin: extremities, trunk and face.

It spreads by contact, body fluids, respiratory tract, in the form of particles... It has many forms of transmission, but it is not as transmissible as SARS-CoV-2 or influenza.

Logically we have to defend ourselves. Thanks to the monitoring that is done every year, we can say that we have vaccines against monkeypox. There is a recently approved vaccine that has proven effective against monkeypox. We also have two FDA-approved antivirals against human smallpox: tecovirimar and brincidofovir, with two different modes of action.

We have rapid diagnostic methods and we have antivirals and vaccines. The population should be reassured that we have the tools to fight this virus. It is important to convey to society that we are prepared to fight this virus if it spreads further in the population. It is important to transmit peace of mind and that the population feels protected because thanks to science we have been able to generate strategies to control this virus. The viruses are with us and we have to maintain vigilance for rapid diagnosis, follow-up and the necessary research to improve its control and treatment.

No declaration of conflict of interest
EN

It is not a new disease, it is a known but very marginal zoonosis. Outside Africa there are few cases, imported cases, which have infected people close to them with whom they had close contact, such as the spouse who cared for them. What is special about the cases detected now in the United Kingdom? (I have no information about those identified in Spain). There are several cases where there does not seem to be a link with African countries, it is not known where the virus comes from, and that is unusual.

Does it mean that there are more cases that are only now, that we are looking at, will start to come out? We don't know yet. It's a disease that gives symptoms, but they may be mild and the infected person may not go to the doctor. Or they may go and be diagnosed with chickenpox.

Lethality is low but it depends on the context, it is not the same for an adult to be infected as it is for a child. And a major outbreak seems unlikely. The disease is spread by close contact.

The risk of a major outbreak in Spain is very low. If there were, we are not in any way in a situation similar to that of covid-19. This is a known disease, there are antiviral treatments that, although not approved for this indication, are known to work, and we have vaccines: the human smallpox vaccine and also the more recent one specific against this monkeypox virus. There is very little of both right now, it wouldn't be quick to have enough for everybody, but it wouldn't be like starting from scratch without a vaccine.

What we know about the new monkeypox outbreak 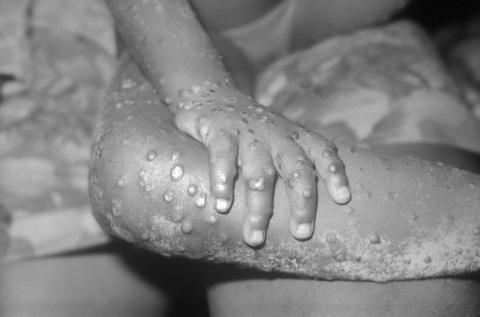 What we know about the new monkeypox outbreak 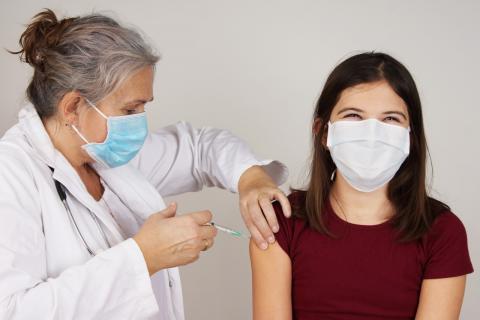 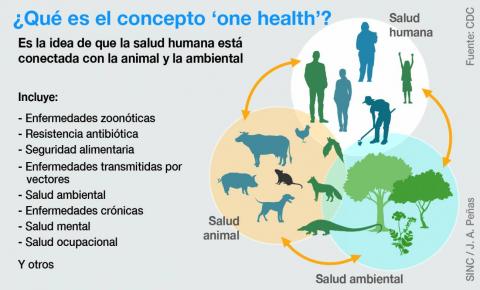